In Timelapses.es we have enjoyed interview to Carlos Baena, whose name is linked to 3D animation, and Pixar in particular. In fact, is one of the best Spanish animators into and outer Spain.

In this occasion, Carlos don´t want to talk about his work like Animator, but Timelapser, because yes!, Carlos Baena likes Timelapsing, and well that is that he said:

We start showing one of his Timelapses, a day to night transition in Twin Peaks, SanFrancisco, California:

My name is  Carlos Baena. I have  34 years and I am  animator in the  Pixar Studios y co-founder of the Online School AnimationMentor.

¿How you Know the Timelapse Technique and why you interest it?

Well…a long time I like playing with video from the point of view of accelerate things, or slow things in another manner, to see what effects results. Later when start to do digital Photography two years ago, I like much more the Timelapse technique.  It´s fascinating to see things from another point of view. I like a lot.

Did you see Films like Baraka or Qatsi Trilogy, where the Timelapses are important in the «plot»?. What do you think?

Baraka is impressive. I don´t see Qatsi Trilogy. Here is a Television series called Planet Earth, with incredibles Timelapses, with a point of view and camera angles impressive.

Although we know that your main job is Animator at Pixar, Do you plan to expand or develop over the Timelapses area?

No, if I tell you the truth, is nothing more than a hobby that grew out of my interest in photography and especially film.

What equipment (camera, computer, Software) do you use with Timelapse?

Differents depending on the videos that I have done. In one of them I used a modest Canon HV20, that I put-in 35mm lens. Until recently I have used the Nikon D90, and I use a tiny box called PcLix that allow to me set how many stills do in a determined time. Later I edit it in After Effects and I start to play to see what´s out.

What is your opinion of sites like Vimeo, to awareness our creations?

Really cool!. Especially because it allows you to upload things in HD.

Have you learn something making your Timelapses that you can adapt to your job how Animator?

I don´t think about this, I´m sure that yes!

What do you think about initiatives like Timelapses.es, where the people not only can buy clips, but learn and chat about Timelapses?

I think that any initiative that have the target of show works of artist, and learn with that too, I see it really cool.

At last, thanks you very much for taking part of your time to us, and we are expecting to see new Timelapses of you soon!

Not give them. Greetings! 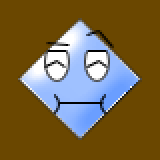